Our goal is to inspire & spread passion through sport.

We do this by building lifelong relationships, offering superior quality, innovation and customized sports products to worldwide communities in which we serve.

Sterling Athletics began its mission back in 1994 when an attorney, Terry Robinson, teamed up with his friend, Paul Krech, who was an insurance salesman and entrepreneur. Terry and Paul teamed up to create a ball company geared toward supplying custom logo balls to local basketball camps.

By 1995, as business and inventory grew, Krech’s son-in-law Andy Santo Domingo bought ownership into the company. Santo Domingo’s passion for sports along with his extensive business background helped expand the company into a bigger venture. Robinson’s garage became a small remote warehouse in Sumner, Washington. Sterling set forth on a mission to become the industry leader in camp basketballs, footballs, soccer balls, and volleyballs. By the end of 1995, its sales force doubled to two people.

For two years sales increased steadily to a point that necessitated hiring a full time graphic artist to create the custom logo designs. In addition to this, Sterling researched and developed relationships to broaden its product portfolio by offering game quality sports balls and custom uniforms. Sterling also became a distributor for some of the best apparel companies in the United States.

By the year 2000, Sterling was supplying team and camp products to over 120 NCAA Division 1 college programs in addition to thousands of high schools. Towards the end of 2000, the site of the future home of Sterling was founded and purchased. The staff increased and sales and profitability continued its growth at a steady rate.

In January of 2003 Sterling finally moved into its permanent home in Puyallup, Washington that includes a state of the art office space and 40,000 square foot warehouse.

Sterling continues to develop long-lasting and mutually beneficial relationships with many clients who want the best quality and service in the sporting goods industry.

Sterling Athletics began its mission back in 1994 when Terry Robinson teamed up with his friend, Paul Krech, to launch a sports ball company. Their mission was to create a ball company geared toward supplying custom logo balls to local camps. Terry is the founder of Pro Camps Ltd. He ran several camps for a variety of professional basketball players such as Mitch Richmond, Dominique Wilkins, Antonio Daniels, Keith Van Horn, Mike Bibby and most notably Nate McMillan from the Seattle Sonics. Disheartened by basketballs purchased from other suppliers, the two men sought a partnership abroad with a ball manufacturer who could create a custom logo basketball product line to fit the needs of Sterling Athletics. Terry’s sports background combined with Krech’s business acumen and salesmanship allowed the men to successfully launch the Sterling Athletics brand. Over the last 22 years, Terry has been the driving force regarding Sterling’s growth. Terry still practices family and criminal law in the state of Washington. Terry is married to his high school sweetheart, Donna Robinson, going on 40 years. Terry was born in Puyallup, WA and later moved to Fairbanks, AK where he graduated high school. Terry went on to play collegiate football for the University of Utah which is where he earned his Bachelors of Science. After Utah, Terry went on to law school at Seattle University. Terry officially became an attorney in 1984 as a general practitioner. Terry has two grown children, Stacy and Derek. Terry enjoys spending time with family, traveling the world, golfing and managing his investment properties

Jake is entering his 10th year at Sterling Athletics. Jake started off as a marketing and sales director in 2010 before moving up to Sterling’s Vice President in 2012. Jake was named Sterling’s Chief Executive Officer in 2013 which is the third time someone has held this position over the last 26 years. Jake’s current responsibilities are to oversee the company operations 360 degrees including foreign factories, production, company financials, freight forwarding, product development, marketing, endorser relations, and account management. Jake graduated from University of Arizona’s Eller College of Management with a Bachelor’s of Science in Business Administration. Jake spent five seasons on the Arizona Men’s Basketball team as a team manager and undergraduate assistant under world class leaders such as Lute Olson, Josh Pastner, Miles Simon, Jack Murphy, Kevin O’Neil, Russ Pennell, Mike Dunlap, Sean Miller and Archie Miller. Jake is currently the head varsity boys’ basketball coach at Sumner High School in Sumner, WA. Before arriving to Sterling Athletics, Jake spent time at Nike World Headquarters within Nike Basketball, Nike Sportswear and Marketplace Intelligence. Jake has also worked at Special Olympics of Oregon and Waverley Country Club. Jake was high school teammates with NBA All-Star Kevin Love at Lake Oswego. Jake is married to his college sweetheart, Stacy, and they have son named Jace and a daughter named Grace. Jake enjoys spending time with his family, mentoring youth, coaching basketball, learning, golfing, paddle boarding, rafting, and fishing. Jake’s favorite books are titled The 17 Essential Qualities of a Team Player by John C. Maxwell along with Training Camp by Jon Gordon.

Derek is entering his 7th year at Sterling Athletics. Derek’s ambition, strong work ethic and dedication have earned him one of Sterling’s highest performing sales directors. Derek was hired out of college as a sales director and then branched off to start our own screen printing operations, Sterlink. Derek was born in Puyallup, WA and raised in Sumner, WA. Derek graduated from Sumner High School where he was a multi-sport athlete lettering in football and track. He went on to play college football at Colorado State University at Pueblo before transferring to play at Eastern Washington University. Derek graduated from EWU with a Bachelors of Arts degree majoring in Communications. Before arriving to Sterling, Derek spent time as personal trainer for Forever Fit along with being a greens keeper at High Cedars Golf Course. Derek resides in Puyallup, WA with his wife Mallory and their daughter Boey. They have a dog named Miranda and a cat named Albi. He enjoys spending time with his family, fishing, working out, snowboarding and camping. 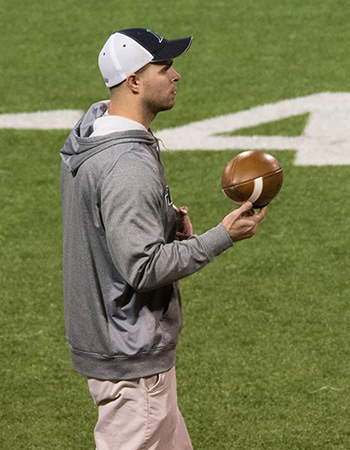 Mike is entering her 6th year at Sterling Athletics. Mike’s drive, passion and focus have allowed him to be one of Sterling’s leading sales directors. Mike was hired out of college and is currently overseeing national sports team sales for his specific territory. Mike’s current responsibilities are to market, promote and sell Sterling product to domestic accounts. Mike was born in Tacoma, WA and raised in Gig Harbor, WA. Mike graduated from Peninsula High School where he was a multi-sport athlete lettering in football and basketball. He went on to play college football at Pacific Lutheran University for two seasons before transferring to Central Washington University. Mike earned his degree from CWU in interdisciplinary studies. Mike resides in Burley, WA with his wife, Jessica, and their cat Grizzly. He enjoys spending time with his family, coaching high school football, working out, golfing and yard work. 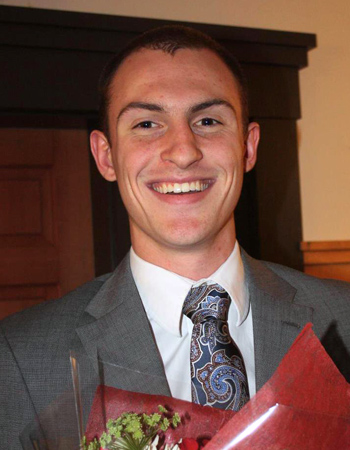 Alex is entering her 6th year at Sterling Athletics. Alex’s strong interpersonal skills, passion and work ethic have allowed him to be one of our leading sales directors. Alex was hired out of college and is currently overseeing national sports team sales for his specific territory. Alex’s current responsibilities are to market, promote and sell Sterling product to domestic accounts. Alex was born in Olympia, WA and raised in Purdy, WA. Alex graduated from Peninsula High School where he lettered in basketball. After high school, Alex attended Washington State University where he received his Bachelors of Arts in Business Marketing degree. Alex resides in Sumner, WA with his wife, Alisa, and their cat Susan. He enjoys spending time with his family, playing basketball, reading, working out and making noise on the ukulele. 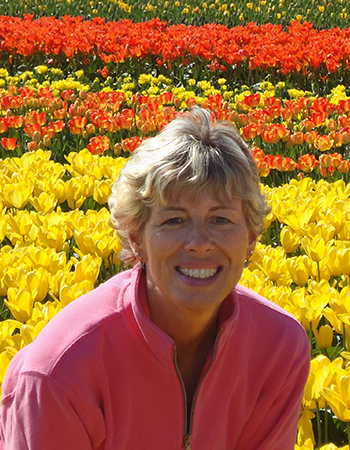 Donna is entering her 7th year at Sterling Athletics. Donna’s precision, passion and strong work ethic have earned her one of Sterling’s highest performing sales directors. Donna specializes in Sterling softball sales, targeting collegiate and club teams nationwide. Before arriving at Sterling, Donna spent 31 years as an elementary school teacher. Donna graduated from North Texas State University with a Bachelors of Arts in Elementary Education. Donna was born and raised in Fairbanks, AK. Donna is married to her wonderful husband, Terry, of 40 years. Donna and Terry have two grown kids, Stacy and Derek. Donna has a cat named Summer. Donna enjoys spending time with her family, golfing, boating, traveling the world, and crafts.

Angie is entering her 6th year at Sterling Athletics. Angie’s attention to detail, knowledge and patience has allowed our accounts payable department to run efficiently. Angie leads our accounts payable department along with internal logistics. Angie was born and raised in Tacoma, WA where she graduated from Franklin Pierce High School. After high school, Angie then became a paralegal. Angie resides in Puyallup, WA. Angie enjoys spending time with her family, traveling and reading. Angie’s favorite books are by Nora Roberts.

Jay is entering his 5th year at Sterling Athletics. His persistency, strong work ethic and attention to detail have allowed him to be a reliable team player at Sterling. Jay was born in Tacoma, WA and raised in Puyallup, WA where he lettered in basketball at Puyallup High School. Jay graduated from Washington State University with a Bachelor’s of Science in Sports Management. Before arriving at Sterling, Jay worked within the Washington State University Athletic Department. Jay resides in Puyallup, WA with his two dogs, Molly and Macy. He enjoys spending time with his family, golfing, playing basketball and attending sporting events.

Treena is entering her 2nd year at Sterling Athletics. Treena’s internal drive, attention to detail, knowledge and patience has allowed our company’s retention increase along with customer relations be at its best. Treena takes the lead with all customer inquiries, order processing and office logistics to ensure Sterling operates efficiently. Treena was born in Ellensburg, WA and then was raised in Moses Lake and Auburn, WA where she graduated from Auburn High School. Treena and her husband founded Photographs of Life where they are one of the leading sports photography companies in the state of WA. Angie resides in Buckley, WA. Treena and her husband Steve have two kids: daughter named Megan and a son named Robbie. Megan plays softball at the University of Washington and Robbie plays baseball at Skagit College.

We have a team of people equipped to answer all your questions.

We send out a monthly newsletter to all our subscribers to announce news, new products, sales, and more.